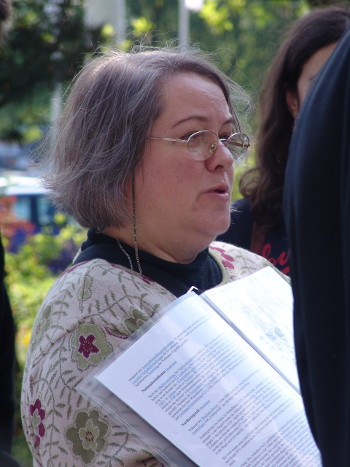 Yesterday’s publication of the decision of the European Court of Human Rights (ECHR) on the complaint by the Turkish nationalist Doğu Perinçek came as a shock and as a surprise. My personal relationship to the claimant dates back into the year 2000, when I became a victim of a slander campaign by Turkish media, started by Perinçek and his obscure party paper “Aydinlik”, and spread by Turkey’s largest daily, “Hürriyet”. The occasion was a petition by several Germany based human rights NGOs to the German parliament, requesting the German lawmakers’ official recognition of the crimes, committed against the Ottoman Christian population and the Armenians in particular as genocide according to the UN Convention of 1948. In his revelations, Perinçek had tried to depict me as a leading German agent with NATO connections, whose special mission was the destabilization of Turkey by inflaming interethnic hatred. Towards this goal I had, according to “Aydinlik/Hürriyet”, allegedly freed the scholar Taner Akçam from his prison in Turkey in armed action and brainwashed poor Taner, until he became a propagandist of the “Armenian lies”, as Perinçek put it. In two subsequent court trials here in Germany I could at least fight the repetition of such slander by “Hürriyet”. But that did not stop Perinçek and his comrades. Their next action was touring Germany, France and Switzerland, where they purposefully denied the Armenian genocide in public events (manifestations, speeches). But the second and perhaps main purpose of these tours was the provocation of European law systems on national levels. In Berlin, the head of our police reacted rather sharpish by prohibiting public manifestations. Perinçek then addressed to Berlin courts and achieved the permission of the manifestation, albeit with the condition to refrain from offensive slogans such as “Armenian genocide lie” or “so-called genocide”. These condition Perinçek and his followers violated at many occasions, albeit in Turkish language. In Switzerland, a descendant of Armenian genocide survivors, Sarkis Shahinian filed a court case against Perinçek for violating the anti-discrimination law of the Swiss Penal Code. On 9th March 2007, Perinçek had been sentenced accordingly in Lausanne, and I had the dubious joy to see the man during his trial when I gave expert witness to the court. In the course of the following months the Lausanne sentence has been approved by two higher courts of Switzerland, including the highest. As a citizen of a country, which is applying for full EU membership, Perinçek had only one option left, the ECHR. And the amazing thing happened: The highest court in the EU criticized the Swiss court decisions and fully confirmed Perinçek’s right to deny the genocide of 1.5 million Armenians (or overall 3.5 Ottoman Christians, if Perinçek would ever consider these lesser known co-victims).

To receive this outrageous decision, the judges argue more or less in the following way:

The ECHR believes that Perinçek did not violate the existing anti-racist legislation of Switzerland, for he ‘just’ articulated a personal opinion and allegedly did not act in order to offend Armenians. After the above mentioned provocative tours of Perinçek in several EU states, this is a highly refutable allegation. Having closely monitored his denialist and propagandist activities over the years I know one thing for sure: Perinçek does what he is doing with full intent to humiliate Armenian communities and to encourage his compatriots in Europe to follow his example and to provoke European legislation without fear.

What are the general implications of the recent decision? The ECHR has given greater weight to freedom of expression than the protection against racism and xenophobia, including the protection of genocide victims from denialism and continuing pain. The ECHR refuses to realize the pain that, under the continuing official denial by the Turkish Republic, purposeful genocide denial causes. At the same time the ECHR decision continues a European trend that has started at the time of Perinçek’s denial tours in Europe and led, in 2008, to the Appel de Blois. Although this appeal was in its majority signed by French historians, German scholars, too, articulated their discomfort with any ‘restrictions’ of the liberty of opinion. To their mind, liberty must include the right to deny genocide, for a genocide is either generally acknowledged as a historic fact or not. In the first case those, who deny facts, ridicule themselves, but must not be prosecuted by the law. In the second case, the topic seems under-researched, and sceptics have even more a right to doubt and deny. It must be admitted, that the recent court decision has put the AG into the second category, which is perhaps the most negative effect. Genocide is first of all not a subject for the approval or disapproval by historians, but the most severe crime and hence a subject for prosecutors and trials. In this context the reluctance of the sovereign Armenian state to seek an international court decision on the AG once again appears as a failure. It is a comfort that laws and legal decisions are not written in stone. They can and must be changed. If its political will is strong enough, Switzerland can demand a revision of the current decision at the Grand Chamber of the ECHR. But for this aim, Armenian communities and NGOs in Europe have at least once to act in synergic ways. It is a second comfort that two of the five involved judges—Ms Vučinić from Montenegro and Mr Pinto de Albuquerque from Portugal— expressed a very clear dissident statement.

We residents and citizens of EU states must decide which values we give the highest priority, both on national, and EU levels. EU politicians like to relate on Europe as a community of shared values. As a European, however, I refuse to share a definition of liberty that allows every chauvinist to confront, offend and humiliate minorities under the pretext of liberty of opinion. It is an additional irony that the chauvinist Perinçek was guaranteed this liberty by the EU’s highest court, while his homeland still clings to a restrictive legislation against dissenters: Whereas Europe allows the denial of the Armenian genocide, Turkish penal laws prosecute those who acknowledge historic facts. European problems with the concept of liberty are manifold and not limited to genocide denial. In the last pre-election campaign the extremist rightist part NPD (“National Democratic Party of Germany”) sent hate letters to foreign born candidates for the German Bundestag. The candidates were urged to leave Germany voluntarily, in order to prevent that they commit crimes. When some of the offended addressees sought the protection of German law authorities, their claims were turned down by the state attorney on the grounds that it is the lawful right of German Neo-Nazis to express their opinion. Is this really what we want when allowing liberty of expression to chauvinists?